The landscape of East Perth Cemeteries is the work of both nature and people. Its development and use in a period of deprivation and hardship, and the retention of the original plantings and contemporary management of the landscape combine to enhance the rarity of this exceptionally significant place. 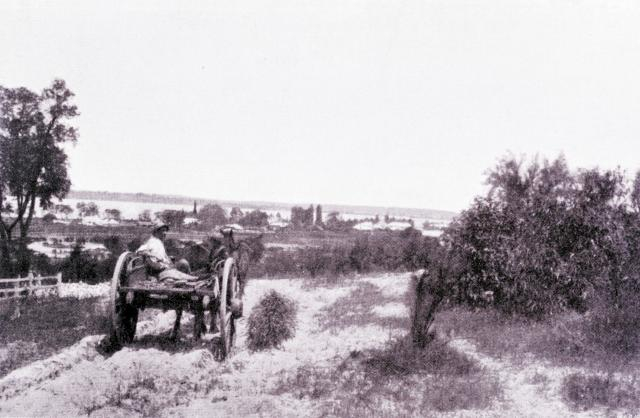 In the first years of colonial settlement the creation of cemeteries was modelled on the colonists’ experience of English cemeteries where the expansion of towns had led to specific burial grounds being set aside rather than being attached to local parish churches. Meanwhile in Europe and America, cemetery design had begun to move away from purely utilitarian layouts. Some of the large public cemeteries developed a more naturalistic appearance, using the contours of the land, introducing meandering paths and creating botanical gardens. 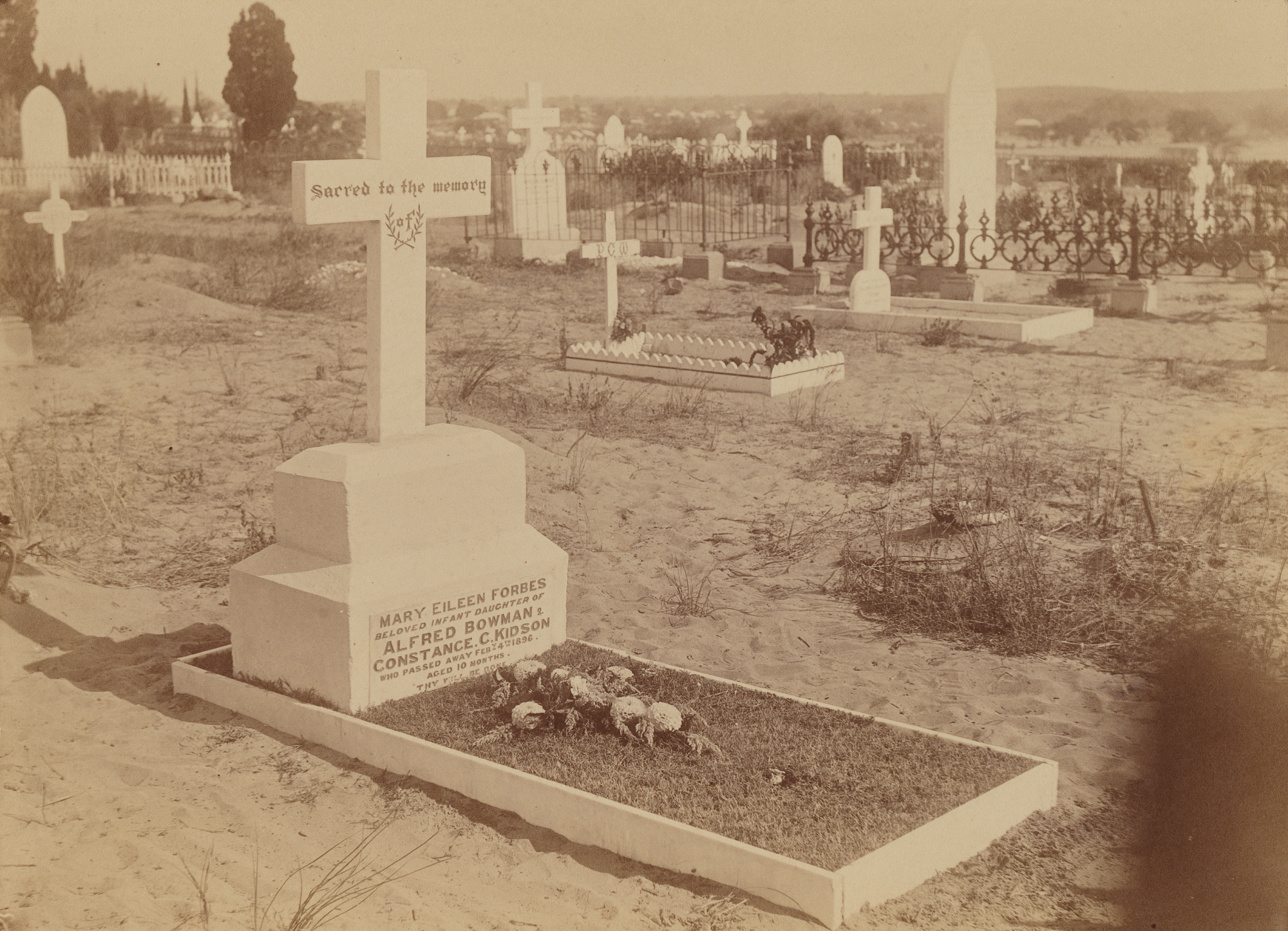 The sandy nature of the landscape is obvious in this image looking west across Grave #760.

Gardenesque cemetery design was probably farthest from the minds of the colonists and Western Australia’s dry summer conditions also precluded any extensive plantings. During the early years of settlement, people were fighting for their survival in a land that differed radically from their previous experiences; with cash flow problems and food shortages that the colony was only just starting to overcome by the 1840s.

Once the fashions of cemetery design at the time of East Perth Cemeteries’ establishment are understood and the economic conditions of the colony are considered, the original form and context of the place is more easily understood. East Perth Cemeteries is a product of its time and the unique conditions experienced in Western Australia during the first half of the nineteenth century.

Today the grounds are left unirrigated with an appearance more in keeping with its 19th century context. This helps communicate the story of the challenges faced by the community when the Cemeteries were operational. On a more practical level the absence of irrigation ensures the archaeology of the place is protected from damaging excavation, the delicate grave furniture is not damaged by sprinklers and biodiversity of the site is protected from potentially damaging fertilisers and chemicals.

Fences
Timber fences were an integral part of the layout and management of the Cemeteries. They performed an important function in keeping out straying stock and established the separate identity of the religious groups, reinforcing the strong sectarian divisions that existed in the colony. The quality of the fences was a minor expression of the relative wealth of the various religious communities. 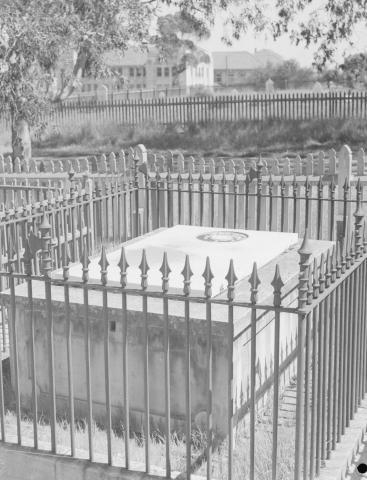 Different styles of fencing are evident in this image c1939 looking over Grave #374 towards Perth Girls School.

After the closure of the Cemeteries the fences, along with grounds generally, were neglected and soon deteriorated. In November 1920 a fire swept through burning crosses, ornamental fences, trees and a portion of the boundary fence. It was two hours before the fire brigade had it under control but not before irreversible and extensive damage was done.

By the 1920s the condition of the Cemeteries had become something of a public scandal and it was not until the State Gardens Board assumed control in 1934 that decline was arrested. The fences were repaired and remained in place until they were removed in 1952. This resulted in the loss of the original, subdivided layout and the creation of the unified parkland appearance that remains today. The existing cyclone mesh fencing and limestone piers were installed in 1986.

Hierarchy
A notable aspect of the Cemeteries’ landscape relates to the social hierarchy of the community as reflected in the layout of the gravesites and the distribution of trees.

In the Church of England cemetery, the rows of graves were arranged in descending order of status with the most prestigious, the family vaults, high on the site down to the free graves for the poor occupying the largest area. The Roman Catholic cemetery was also organised on hierarchical lines with separate areas for the burial of the laity and the clergy, higher status, more expensive gravesites situated apart from the free graves, and another area for the burial of “innocent children under the age of eight years”.

Another distinguishing feature of the Cemeteries is the distribution of trees and the purpose for which they were planted. Trees were planted in the Church of England, Wesleyan, Congregational, Hebrew and Presbyterian cemeteries but there is no evidence of tree planting in the extension to the Wesleyan cemetery or in the Roman Catholic and Chinese cemeteries. The trees in the Church of England Cemetery appear to have been planted in association with individual graves and were likely planted by the families of the deceased. In the original Wesleyan and Congregational cemeteries, the trees mark boundaries rather than individual graves.

‘Missing’ Graves
Although thousands of people were buried at East Perth Cemeteries less than 800 marked graves survive. The absence of headstones and the presence of seemingly ‘empty’ areas provide important insights into the various circumstances that have led to the creation of these gaps over time. 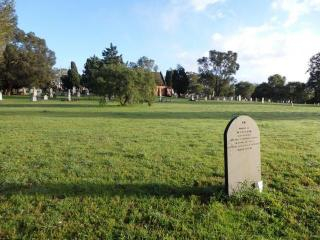 There are areas of the Cemeteries that appear empty due to the loss of grave markers to fire, decay, and well intentioned clean ups of the site. For some a grave marker would never have come to be as scarce resources were needed for the living as opposed to the dead. There were doubtless cases where the deceased had previously requested the anonymity of an unmarked grave. Then there are the spaces where the absence of grave markers is a reminder of the shame surrounding those who died but were never spoken of such as illegitimate children or suicides.

Various maps of the areas of the Cemeteries exist and some indicate that plots were allocated to specific families. Anomalies do occasionally exist between the historical record and the remaining graves so these maps cannot be deemed to be definitive. Techniques, such as ground penetrating radar, are limited in that they can identify ground disturbance but not who is buried in a specific location. Consequently, there will most likely always be an element of doubt as to where specific individuals or families are buried if no grave marker exists.