A burial ground at the east end of the Perth district, Location R, now part of the East Perth Cemeteries, was assigned on 9 December 1829. Surveyed by John Septimus Roe the location of the cemetery seems logical, on a hill on the outskirts of town, but within walking distance up a steep sandy hill. On 13 February 1830 Governor Stirling issued a Government Notice stating that:

to prevent indiscriminate burials and unpleasant consequences arising there from, in a warm climate, a burial ground will be set apart in every township or parish; and that interments must take place in them only and a Register of the Names, Age, Profession and place of birth be transmitted to the Colonial Secretary’s Office. All burials by the Chaplain must take place as soon after Sun rise as possible or an hour precisely before Sun set, and at no other time unless circumstances should render it absolutely necessary and twenty four hours previous notice must be given to the Chaplain

The first acknowledged burial was on 6th January 1830 for John Mitchell, a soldier of the 63rd Regiment. It is believed there were at least three earlier burials but this has not yet been confirmed.

Location R, the burial ground for the Perth district was non-denominational although Reverend Wittenoom, a Church of England minister, was the Chaplain responsible for most early burials. During the earliest years of colonial settlement no one appeared to be responsible for the operations of the burial ground. In 1842 the burial ground was granted to Trustees of the Church of England to administer as a public cemetery. Cemeteries for other religious denominations were gradually allocated as required,  Roman Catholic was allocated Lots T41 and T42 in 1848, the Independent Congregational and Wesleyan Methodist each were granted Lots T39 and T40 respectively in 1854, Jewish in 1867 was granted Lot E72 , Presbyterian in 1881 acquired Lots E70 and E71 and Chinese obtained Lot E69 in 1888. An eighth cemetery Location E73 was assigned for the burial of felons in 1867.

For forty years all Church of England burial services were conducted in either St George’s Church or the deceased’s regular place of worship. Architect Richard Roach Jewell designed St Bartholomew’s, a small mortuary chapel which was consecrated in 1871. Other denominations used their own churches or places of worship for the ‘celebration of death’ prior to the cemetery burial. In 1888 St Bartholomew’s Chapel became a parish church and was almost doubled in size after extensions in 1900.

The gold rush of the 1890s led to an increase in burials. Funerals were commonly held in a place of worship and later the funeral cortege would then move up Cemetery Road, a rough track that led diagonally up Wellington Street. Horses and hearses struggled in the sand so six bearers (rather than the traditional four) would take it in turns to carry the heavy coffin up the hill.

As Perth grew so did concerns about the position of Cemetery Hill. There were fears relating to possible health hazards as “noxious matter will gradually drain down from the summit of the hill”. These concerns coupled with residential expansion led to the closure of the Cemeteries in 1899. There were no further burials except for those in existing vaults or with the approval of the Governor. This practice continued until 1916 with a handful of exceptions. In 1900 Karrakatta Cemetery became the main burial ground for Perth.

Through the 1920s and 1930s there was much criticism of neglect and vandalism at the East Perth Cemeteries but little serious action was taken until many grave sites had been lost forever. In 1932 the site was declared a disused burial ground under the control of the State Gardens Board and its fate was uncertain during the Depression and war years. In the late 1940s headstones in poor condition were bulldozed, piled in heaps and removed. The Presbyterian, Jewish and Chinese cemeteries were relinquished and the land made available to the Education Department.

In the 1950s the Royal Western Australian Historical Society was one of several groups that agitated for action to preserve the site. Growing recognition of its cultural heritage significance resulted in St Bartholomew’s Church being vested in the National Trust in 1975 and the rest of the site in 1994. 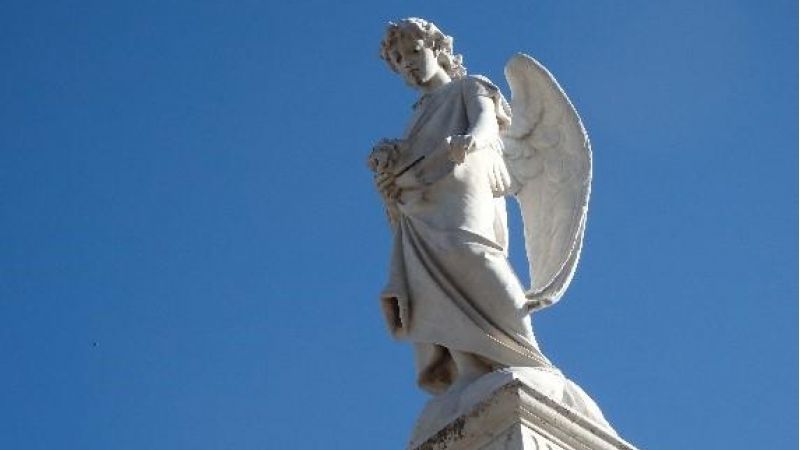 Explore the database and discover who was buried at East Perth Cemeteries. Here you can use key words to search by name, cause of death and other details. If the location of the grave site is known you can view a photograph and see where it is on a map.